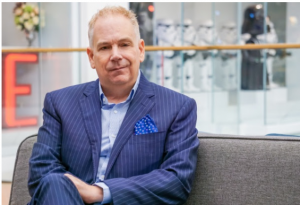 Bangkok (Thailand) – October 11, 2017 (travelindex.com) – The Executive Board of the Pacific Asia Travel Association (PATA) has extended the contract of Chief Executive Officer Dr. Mario Hardy for a period of three years commencing January 1, 2018.

PATA Chairperson Sarah Mathews said, “I am delighted that Mario has agreed to continue as our Chief Executive Officer. Under his outstanding leadership, the Association has made considerable progress and I am confident he will continue to lead PATA and support the needs of our members. PATA remains an association dedicated to all its members and will continue to assist them in the ever-evolving landscape of tourism and travel. Mario and his team are best placed to help drive a continued period of growth.”

Dr Hardy said, “I am delighted to have an opportunity to work with our outstanding management team in building upon the PATA successes of the past three years. We still face many challenges as a membership organisation but our determination to add value to the many benefits of PATA membership is being recognised in the public and private sectors. We shall continue with our primary mission of promoting sustainable and responsibly tourism development throughout the world as we encourage travel to, from and within the Asia Pacific region.”

Mario Hardy joined PATA in 2012 as Chief Operating Officer and was appointed Chief Executive Officer on November 1, 2014. He is a past Chairman of the Board of Trustees of the PATA Foundation, a non-profit organisation with a focus on the protection of the environment, the conservation of culture and heritage, and support for education.

He worked for 26 years in specialised aviation businesses with a focus upon data analytics and technology, occupying leadership roles in Montreal, Vancouver, London, Beijing and Singapore.

In 2016, he received an honorary Doctorate of Letters from Capilano University for his philanthropic work in Cambodia where he helped develop a school for underprivileged children and for his support in the development of a Community Based Tourism (CBT) project in Vietnam.

In January 2017 Mario Hardy graduated from the Singularity University, Executive Program on the subject of Exponential Technologies.

About PATA
Founded in 1951, PATA is a not-for-profit membership association that acts a catalyst for the responsible development of travel and tourism to, from and within the Asia Pacific region. The Association provides aligned advocacy, insightful research and innovative events to its member organisations, comprising 95 government, state and city tourism bodies, 25 international airlines and airports, 108 hospitality organisations, 72 educational institutions, and hundreds of travel industry companies in Asia Pacific and beyond. Thousands of travel professionals belong to the 36 local PATA chapters worldwide. The chapters organise travel industry training and business development events. Their grassroots activism underpins PATA’s membership in Uniting Travel, a coalition of the world’s major Travel & Tourism organisations dedicated to ensuring that the sector speaks with one voice and acts in unison on the major issues and includes ACI, CLIA, IATA, ICAO, WEF, UNWTO and the WTTC. The PATAmPOWER platform delivers unrivalled data, forecasts and insights from the PATA Strategic Intelligence Centre to members’ desktops and mobile devices anywhere in the world. PATA’s Head Office has been in Bangkok since 1998. The Association also has official offices or representation in Beijing, Sydney and London.