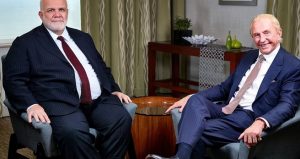 Victoria, Mahe (Seychelles) – February 18, 2019 (travelindex.com) – Last week, Seychelles once again, assumed the Presidency of the Indian Ocean Vanilla Islands. The significance of this position is often taken for granted. It is not only the honour of being the face for the Indian Ocean Islands, but the President of the Vanilla Islands is expected to be the driving force for tourism, and lead with a vision to help all the islanders of the six islands of the island group.

Islanders need help more than ever before, and it is the sitting President of the Indian Ocean Vanilla Islands who must pan out a vision for his year in office to make the difference for everyone.

Islands often fail to recognise their own islanders, and fail to work with them to ensure they remain the backbone of their island’s economy. This principle is so needed for a healthier island life.

Being appreciated for a job well done shows gratitude and sincerity. The words echoed at last weekend’s Vanilla Islands Ministerial Meeting by Faouzia Vitry, the Vice President of the Regional Council of Reunion Island were appreciated. Madame Vitry reminded the opening ceremony of the Ministerial Meeting that no one could talk about the Indian Ocean Vanilla Islands without being reminded of my work as the former Tourism Minister of Seychelles who was not only one of the main personalities who helped create the regional organisation, but was elected its First President.

French Ambassador in Seychelles creates a unique opportunity for dialogue

The French Ambassador in Seychelles, H.E. Lionel Majesté-Larrouy used the opportunity of the Ministerial Meeting of the Indian Ocean Vanilla islands to host a reception at his residence at La Misere for the important delegations of both Reunion and Mayotte Islands

The evening provided the opportunity for those present to discuss tourism and cooperation. It was for me the opportunity to meet H.E. Ibrahim RAMADANI SOIBAHADINE, the President of Mayotte and his delegation as well as the two Vice Presidents of Reunion, Faouzia Vitry, and Olivier RIVIERE and their delegation, and Pascal Viroleau, the CEO of the Organisation, It was a great opportunity to exchange ideas on Indian Ocean tourism and the work of the Vanilla Islands for the benefit of the islanders of that new tourism region.

Also present was at the evening at the French Ambassador’s Residence was Michele Balourd, the Director of European Affairs and of Regional Cooperation. Madame Balourd is also a sitting elected member of the Mayotte Council.

Abercrombie & Kent to be acquired by founder Geoffrey J.W Kent and Manfredi Lefebvre d’Ovidio of the Heritage Group

Alain St.Ange the former Seychelles Minister for Tourism, Civil Aviation, Ports and Marine has congratulated Geoffrey J.W. Kent and Manfredi Lefebvre d’Ovidio on the move to acquire Abercrombie & Kent (A&K). Alain St.Ange is personal friend of Manfredi Lefebre d’Ovidio from his days as the President of Silversea Cruises saying that this move to consolidate a respected tour and travel brand was a good one. “Both Geoffrey and Manfredi are industry household names and seeing them team up behind A&K can only be music to the ears of the tourism industry” said Alain St.Ange.

It has been confirmed that two heavyweights of the travel industry are banding together to acquire Abercrombie & Kent (A&K), a leading luxury tour operator founded in 1962.

D’Ovidio, who will become Chairman of Abercrombie & Kent Holding, is using Heritage Group as the acquisition vehicle, which will own 85% of A&K, and Kent who will continue as Chairman and CEO of the operating company, will own 15%.

Kent was the man behind the first luxury tented photographic safaris back in 1962 in Kenya, and has since built A&K into one of the world’s leading luxury and adventure travel companies.

D’Ovidio is responsible for turning Silversea Cruises into a leading luxury and expedition cruise line which his father founded in 1994 with the purchase of two ships, the Silver Cloud and Silver Wind. This is the second large deal for D’Ovidio who just last year agreed to sell 66% of Silversea Cruises to Royal Caribbean International.

“Abercrombie & Kent is the finest luxury travel company in the world, and I am honoured to be able to partner with Geoffrey Kent to help this remarkable company continue its record growth,” said d’Ovidio in a statement. Kent added: “I am very excited to be working with Manfredi. I cannot think of a better or more experienced partner for the next phase of A&K’s growth.”

The closing of the deal is expected to be completed later this year, subject to customary closing conditions and regulatory approvals.