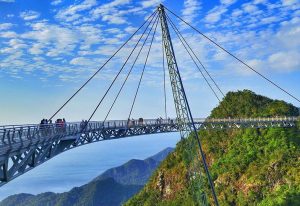 PATA CEO Dr. Mario Hardy said, “PATA assists destinations around the world in the development of a responsible and sustainable tourism industry and it is only through cooperation and mutually beneficial partnerships that destinations can achieve such goals. The Twin Cities World Tourism Association’s mission is in line with our activities and PATA Travel Mart is the perfect occasion to launch this initiative.”

Twin cities, also known as sister cities, are collaborations between two cities to foster friendship and understanding between different cultures and to form strategic international business links between them.

Furthermore, a Board of 14 members will be appointed during this time. The Board will consist of 13 mayors from countries from all over the world while Mr. Hüseyin Baraner, being the only non-mayor member, will be appointed as its General Secretary. This Board will meet once a year in the city of the president to exchange ideas, concepts, and plans. A meeting of the Board will also be held in Zürich or Gossau at a later date in order to sign the charter of the Twin Cities World Tourism Association.

TCWTA also plans to publish a “Twin Cities Almanac” to be presented at ITB Berlin, which will include an editorial note of the president, reports on the tourism and travel activities of twin cities, and interviews with mayors of twin cities on topics like desiderata, plans, projects and the tourism development of twin cities.

The TCWTA President plans to visit a developing country in Africa or Asia once a year in order to research opportunities to take part in projects to further and support tourism and travel in twin cities located in regions without large financial funds.

About PATA
Founded in 1951, PATA is a not-for-profit membership association that acts a catalyst for the responsible development of travel and tourism to, from and within the Asia Pacific region. The Association provides aligned advocacy, insightful research and innovative events to its member organisations, comprising 98 government, state and city tourism bodies, 19 international airlines and airports, 91 hospitality organisations and 70 educational institutions, as well as over a hundred young tourism professional (YTP) members across the world. The PATA network also embraces the grassroots activism our 36 Chapters and 20 Student Chapters across the world. Thousands of travel professionals belong to the 36 local PATA chapters worldwide, while hundreds of students are members of the 20 PATA student chapters globally. The chapters and student chapters organise travel industry training and business development events. Their grassroots activism underpins PATA’s membership in Uniting Travel, a coalition of the world’s major Travel & Tourism organisations dedicated to ensuring that the sector speaks with one voice and acts in unison on the major issues and includes ACI, CLIA, IATA, ICAO, WEF, UNWTO and the WTTC. The PATAmPOWER platform delivers unrivalled data, forecasts and insights from the PATA Strategic Intelligence Centre to members’ desktops and mobile devices anywhere in the world. PATA’s Head Office has been in Bangkok since 1998. The Association also has official offices or representation in Beijing, Sydney and London. Visit www.PATA.org.